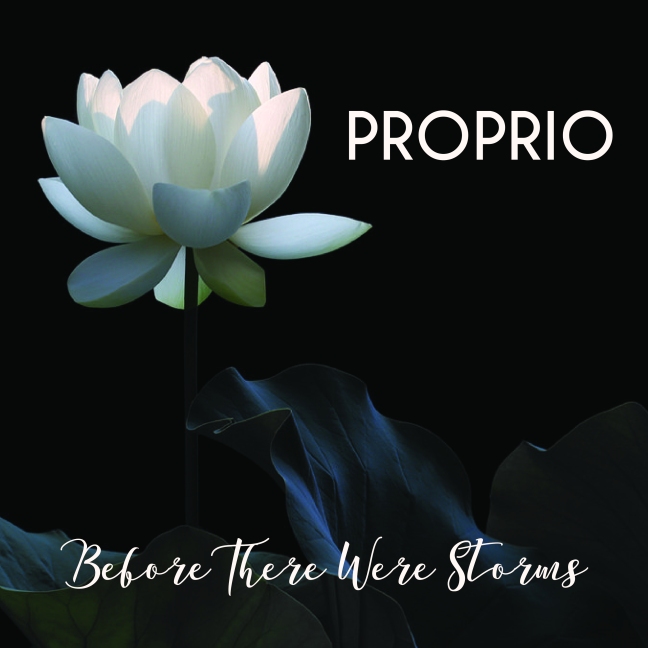 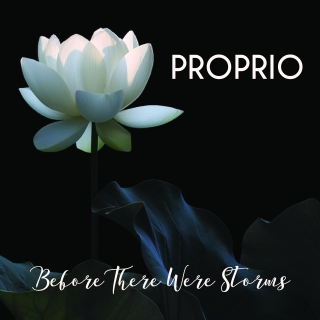 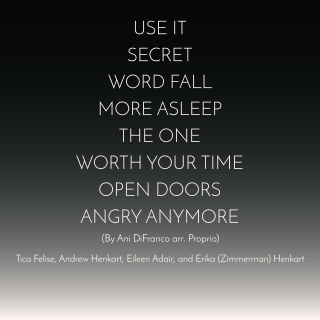 BEFORE THERE WERE STORMS

Songs that came before the weather

Omaha, Nebraska: November 7, 2017 Tica Felise, of “The Shineys”,  digitally releases an album that was recorded in 2003 in Denver, CO with former band “Proprio”. Proprio was a group of four deeply bonded camp friends came together to read each other’s mind’s and write the songs in one another’s hearts. Reflecting an air of a more innocent time in their lives, the deep harmonies and folk inspired music is still relevant after these many years. “Angry Anymore”, (by Ani DiFranco and arranged by Proprio) had them finding rooms with perfect acoustics to feel the inspiration of the harmonies together. Life does have storms, and they arrived. 14 years later, they release to the universe, “Before There Were Storms” – a discourse about the struggle to understand relationships, ourselves, our place and meaning…before we came to know the weather.

The name Proprio grew out of the term proprioception. (prō’prē-ō-sěp’shən) The unconscious perception of movement and spatial orientation arising from stimuli within the body itself. (dictionary.com) The way you can find your way to the keyhole with your key in the dark.

This Denver based group met through camp LaForet in Black Forest, CO where they played lots of music, stretched their young minds around spiritual matters and made lifelong friendships. They came together in 2000 and began Proprio together.  They wrote most of the music for this album together.  “Angry Anymore”, by Ani DiFranco was a crowd pleaser as well as a special favorite of the band which is included on this album.

Shortly after recording the album, the storms of life blew them to their separate paths, it was not released and Proprio was no more.  Music took another place among children, marriages and careers.

14 years later Tica Felise finds herself in Omaha, Nebraska with a renewed music purpose with “The Shineys”.  The Shineys is an Omaha based duo bringing together the musical collaboration of Tica Felise & Carrie Ann Buchanan singing soulful harmonies of original music and beloved cover songs. The Shineys play all over Nebraska & southwest Iowa breaking all the hearts with their raw emotive powerhouse voices. They were nominated in the “Best Singer-Songwriter” category for the 2015-16 Omaha Arts & Entertainment Awards and performed at the ceremony alongside good friends Emily Ward & Aly Peeler.  They were nominated “Best Pop” for the 2016-17 season.

With Carrie Ann Buchanan’s November 4, 2017 release of EP “Bones”, they have now cleared the respective projects of their pasts, shed many demons and walk into 2018 as The Shineys, full speed ahead. The Shineys next show after both respective releases will be at The Barrel in Council Bluffs, Friday November 10.

Catch up with The Shineys on Facebook and see where we’re playing.